ART OF RANDY TORONI
(This is a custom league of legends champion idea) Meet Shira: The Weapons Master. She is on a journey to collect all of the most powerful artifact magic weapons in the world. She wields some of the most powerful weapons in the world already and in combination with her EXO 5000 power suit she built herself she can hold more of her weapons at once during battle! Her weapons have built in magic that allow her to have useful and deadly on hit effects that she can swap between all of her other weapons effects. Each of her weapons has a powerful magical ability that can be activated. Her largest most powerful weapon she carries with her EXO 5000's power arm, which allows her to swing the super heavy giant sword and execute her ultimate ability with devastating results.

She joined the league to fight and take the most powerful combatants weapons for herself! 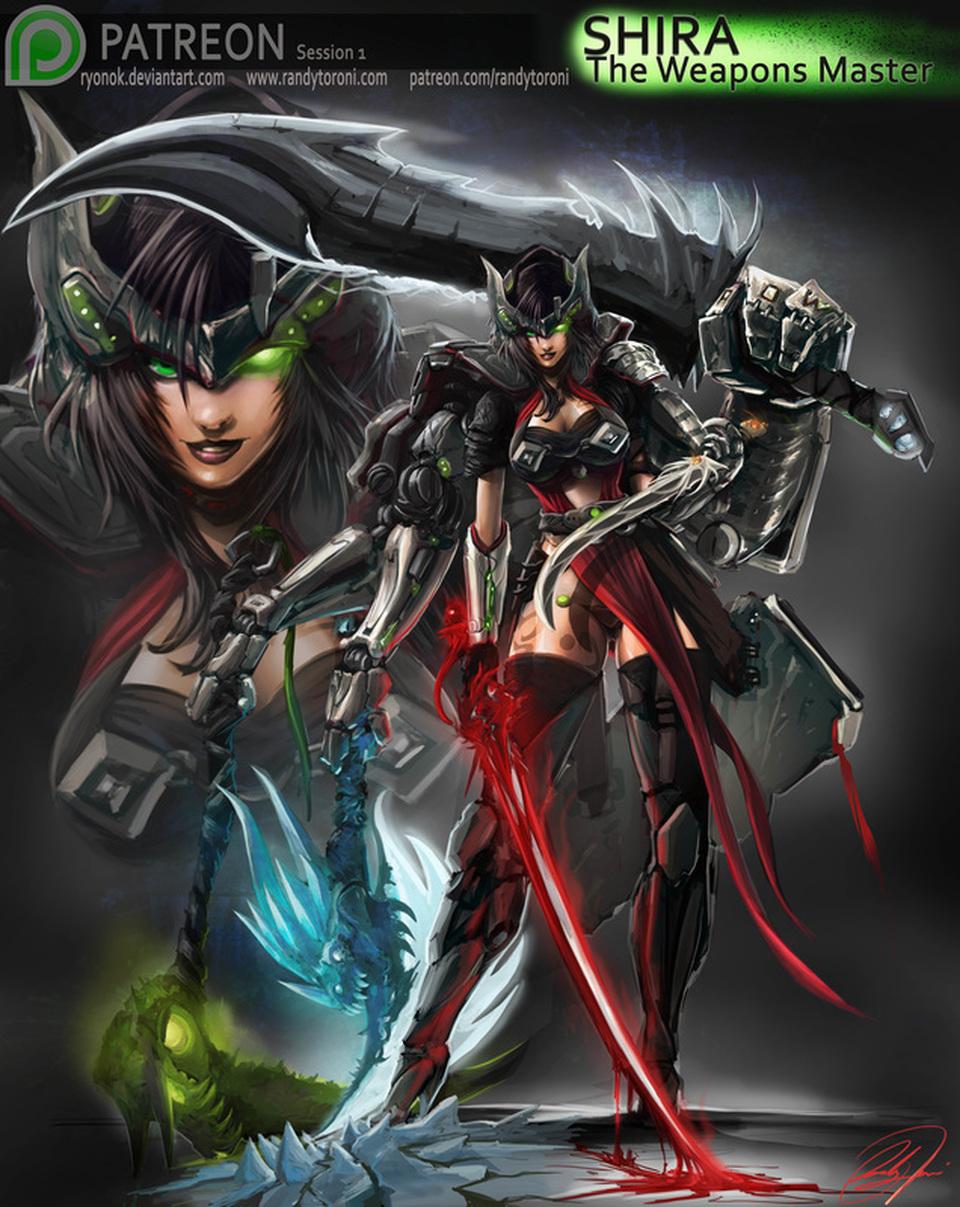